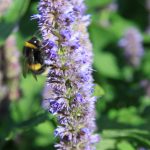 Sleep affects almost every type of tissue and system in the body – from the brain, heart, digestions and lungs to metabolism, immune function, mood, and disease resistance.  Research shows that a chronic lack of sleep, or getting poor quality sleep, increases the risk of disorders including high blood pressure, cardiovascular disease, diabetes, depression, and obesity.

We tend to get a little fixated on quantity – how many hours are “enough”?  Why am I still tired after sleeping for 9 hours?  Quality is more important than quantity and everyone is different.

Broadly speaking, your need for sleep and your sleep patterns change as you age, but this varies significantly according to the individual.  Babies initially sleep as much as 16 to 18 hours per day, which is thought to boost growth and development (especially of the brain).  School-age children and teens on average need about 9.5 hours of sleep per night.  Most adults need 7-9 hours of sleep a night, but after age 60, night-time sleep tends to be shorter, lighter, and more interrupted.

Sleep is important to a number of brain functions, including how nerve cells communicate with each other.  In fact, your brain and body stay remarkably active while you sleep.  It is crucial for cellular repair.

There are two basic types of sleep – rapid eye movement (REM) sleep and non-REM sleep (which has three different stages).  Each is linked to specific brain waves and nerve cell activity.  You cycle through all stages of non-REM and REM sleep several times during a typical night, with increasingly longer, deeper REM periods occurring toward morning.

Stage 1 non-REM sleep is the changeover from wakefulness to sleep.  During this short period your heartbeat, breathing, and eye movements slow, and your muscles relax with occasional twitches.  Your brain waves begin to slow..

Stage 2 non-REM sleep is a period of light sleep before you enter deeper sleep. Your body temperature drops and eye movements stop.  Brain wave activity slows but is marked by brief bursts of electrical activity.  You spend more of your repeated sleep cycles in stage 2 sleep than in other sleep stages.

Stage 3 non-REM sleep is the period of deep sleep that you need to feel refreshed in the morning.  Sometimes called delta sleep, it occurs in longer periods during the first half of the night.  Your heartbeat and breathing slow to their lowest levels during sleep.  Your muscles are relaxed.  Brain waves become even slower.

REM sleep first occurs about 90 minutes after falling asleep.  Your eyes move rapidly from side to side behind closed eyelids.  Mixed frequency brain wave activity becomes closer to that seen in wakefulness.  Your breathing becomes faster and irregular, and your heart rate and blood pressure increase to near waking levels.  Most of your dreaming occurs during REM sleep, although some can also occur in non-REM sleep (interestingly it is thought that nightmares occur in Stage 3 non-REM sleep).  Your arm and leg muscles become temporarily paralysed, which prevents you from acting out your dreams.

That is sleep in a very quick summary, but there are two common problems: –

Sometimes there may be a medical condition such as sleep apnea, restless legs syndrome or chronic pain underlying your insomnia but for many of you there seems to be no discernible reason, you are simply tired and desperate to sleep but it seems elusive.

Sleep hygiene has become a buzz term, and for good reason.  Following the following suggestions can be very helpful in getting yourself primed to fall asleep when you go to bed.  I’ve tried to focus on the most important and simplest ones!

You won’t like this but having a tv or laptop etc in your bedroom is not helpful.  The blue light they emit is disturbing to your body when trying to go to sleep because it immediately shuts down your production of melatonin, the major sleep hormone that we produce at night. Sources of blue light include computers, tablets, cell phones, video games, and television.  If you really battle, there are excellent (albeit nerdy looking!) blue light emitting glasses that you can wear if you have to work late on your computer or if you are binge watching a box set.

If you’re struggling to fall asleep, choosing a high-quality magnesium supplement may be able to help you fall asleep and stay asleep. Low levels of magnesium have been linked to decreased melatonin production.  Magnesium also relaxes nerves and muscles and in the west it is our most common mineral deficiency.  Supplementing with melatonin is tricky in this country as you will battle to buy it.  There are very good reasons for this although melatonin supplementation is very useful for certain reasons.  Get in touch if you want more information.  It is a bit of a wormhole and probably a bit beyond this email.

3. Avoid caffeine later in the day (and too much alcohol!)

Many of us underestimate how much caffeine can impair our ability to get to sleep and remain asleep. Most people take six hours to metabolise caffeine. However, many take much longer. Caffeine blocks the ability of a sleep-promoting chemical called adenosine to work.  Try making midday your cut-off for caffeine and see what happens!  Also try cutting off alcohol a couple of hours before bedtime and switching to water or Pukka Night time tea or camomile tea.  I can hear you say “BOO” but you can google alcohol and sleep!  It’s really not helpful to good quality sleep although it may knock you out initially!

There is a caveat though – exercising too close to bedtime may interfere with sleep and it is best to do slower, less cardio intense exercise in the evenings such as yoga, pilates and calisthenics, and keep the hard core cardio for the daytime.

Where possible try to get into a routine of going to bed and waking up at roughly the same time.  This might require some tweaking and self awareness.  Some people are larks (early morning people) and others are owls (night people) and knowing that is a good start to coming up with something that works for you and your circadian rhythms.

Many studies have indicated that room temperatures of between 17 to 21 degrees centigrade (62 to 70 degrees Fahrenheit) may work best for sleeping. The reason is that our core body temperature drops at night and sends a signal to the brain that it’s time to sleep. A warm room can inhibit this process.  Not easy to regulate if you don’t have central heating /air conditioning but worth bearing in mind!

7. Make your bedroom conducive to sleep

Keep light, noise and (as above) the temperature at levels that are comfortable and won’t disturb your rest.  Don’t engage in activities other than sleeping, sex (also great for sleep!!!) or old fashioned reading books in your bedroom. This will help your body know this room is for sleeping.

Hope this all gives you some insight and some things to play around with!