The term Naturopathy includes a number of different treatments that all work toward the same goal - supporting the body’s natural ability to self-heal. Therapies include nutrition, exercise, counselling, body work, life-style advice, hydrotherapy, herbal medicine, homeopathy and the use of Bach flowers.

“It is a holistic system which believes that good health is not the same as the absence of disease” (British Council of Osteopathic Medicine). 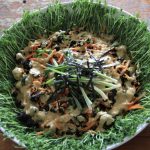 Whether you are the type of person who lives to eat, or eats to live, food is more than just fuel. The Chinese believe that ‘no food is bad food” which can be taken in two ways! Most people in the U.K. are fortunate to have choice regarding what they eat. It is increasingly difficult, though, to figure out what foods are “good” and what foods are “bad” for us, as every day we read something new in the media. What we often fail to do when we look at the calorie content of various foods and what vitamins and minerals they contain, is to consider its energetic properties.  We have also to a large degree lost our connection with the elements that provide our food - the soil, water, weather, seasons etc.

It is also pointless to embark on an eating programme that is so austere or time-consuming to prepare that you either lose interest or become obsessive. I believe that understanding the patient’s body, emotional make-up and lifestyle are all factors that need to be considered in the creation of a nutritional programme that is holistic and nurturing to your health. 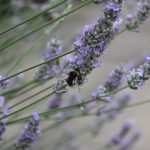 Dr Edward Bach was a renowned bacteriologist, physician and homeopath.  In the 1920’s and 30’s Dr Bach became more and more interested in the emotional causes of disease.  He began searching for ways to energetically connect with the emotional state, believing that healing on an emotional level will have effects on other levels - allowing the body to find its own natural state of health.  He came up with 38 remedies based mainly on flower essences.

Each remedy is associated with a human emotion or emotional state. The essences can be used on their own or in combinations.  The most well known is Rescue Remedy which is a pre-made combination of 5 of the Bach Remedies.

Bach remedies are safe, natural and have no adverse side effects.  They work well in conjunction with other therapies such as acupuncture.  As a qualified naturopath, I often recommend Bach Flowers as part of a treatment protocol.